Showing posts from March, 2016
Show All

What reading fiction teaches us about starting over 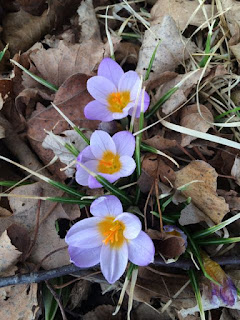 Do you read fiction? I tried to search google to find out how many books the average Canadian reads. In my own life, I know some people who always have a book on the go, and they might read somewhere between 20 and 50 books a year. Lots of others read a few books a year, and some mostly read periodicals.

There's lots of evidence that reading fiction does good things for our emotional intelligence. But that's not why most people read novels. They read because they like to explore new experiences and perspectives through language. Reading a novel takes you into the lives of people who are like you and unlike you, and your response to the novel gives you new information about you (whether or not you liked it).

Canada Reads finished yesterday. It's a kind of game show where 5 prominent Canadians each pick a book to represent in a battle to win the title of 'a book all Canada should read.' This year it featured an Olympian, an activist, a movie-maker, a wrestler turned a…
Post a Comment
Read more

3 Magic Words: I Screwed Up

March 18, 2016
I was teaching a class this week on how to deliver bad news. They were feeling kind of late afternoon grumpy until I asked: "Would you like to hear about how I screwed up this week?" Yes, indeed. They were interested in hearing that story.

When people come looking for magic words, they seldom expect to end up with these: I screwed up. Yet these little words said nicely do magic. They take a situation and turn it on a dime. Potential disaster becomes a chance for a stronger bond. But it's just a chance, just an opening. Even magic words need action to sustain them.

In this case, action meant several things. "I screwed up" by email wasn't enough. Those three little words meant picking up a phone to have a difficult conversation. They meant formulating a plan to overcome the problem I had created, and sharing it immediately. They meant both asking for advice and following through with action.

But still - without them, all the rest of the activity would have be…
Post a Comment
Read more

What does "I don't understand" really mean? 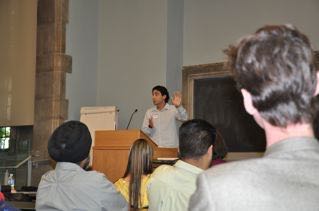 As a teacher, I hear it quite often. "I didn't understand." It's hard not to be a little defensive, to buy into the idea that it was my fault. Somehow I didn't make the material clear enough.

What "I don't understand" usually means is something more like: "I'd like to stay connected with you and I'd like to hold onto my own beliefs or limits." And that's a tough one. Because sometimes you can only invite people to the party if they're willing to agree …
Post a Comment
Read more

Purpose: It's a word that takes up a lot of space 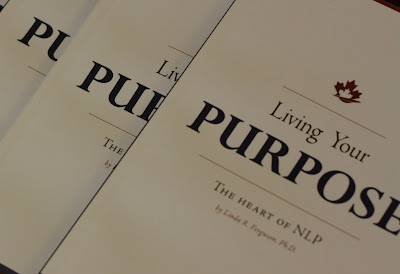 Purpose is an interesting kind of word. It's not a long word and almost everyone has some idea what it means. And yet it is a word that takes up a lot of space.
Try this. Think of a situation where you are part of a group that is stuck, busy or at a crossroads. Imagine the response when someone says: "What are we trying to do here?"
Now go back to the beginning of that scene and replay it. This time, the person who speaks says: "What's our purpose here?" Do you feel the difference? That's what I mean by taking up space. When we hear the word purpose, we pull back to a really wide perspective as though we are suddenly viewing ourselves from a distance.
The fear is that if we go too far back, we are such tiny creatures that our purpose can't matter very much. If we don't go back far enough, we can't see the purpose through all the complications. Getting it exactly right works better if we let go of the metaphor of sight. That's hard to d…
Post a Comment
Read more
More posts